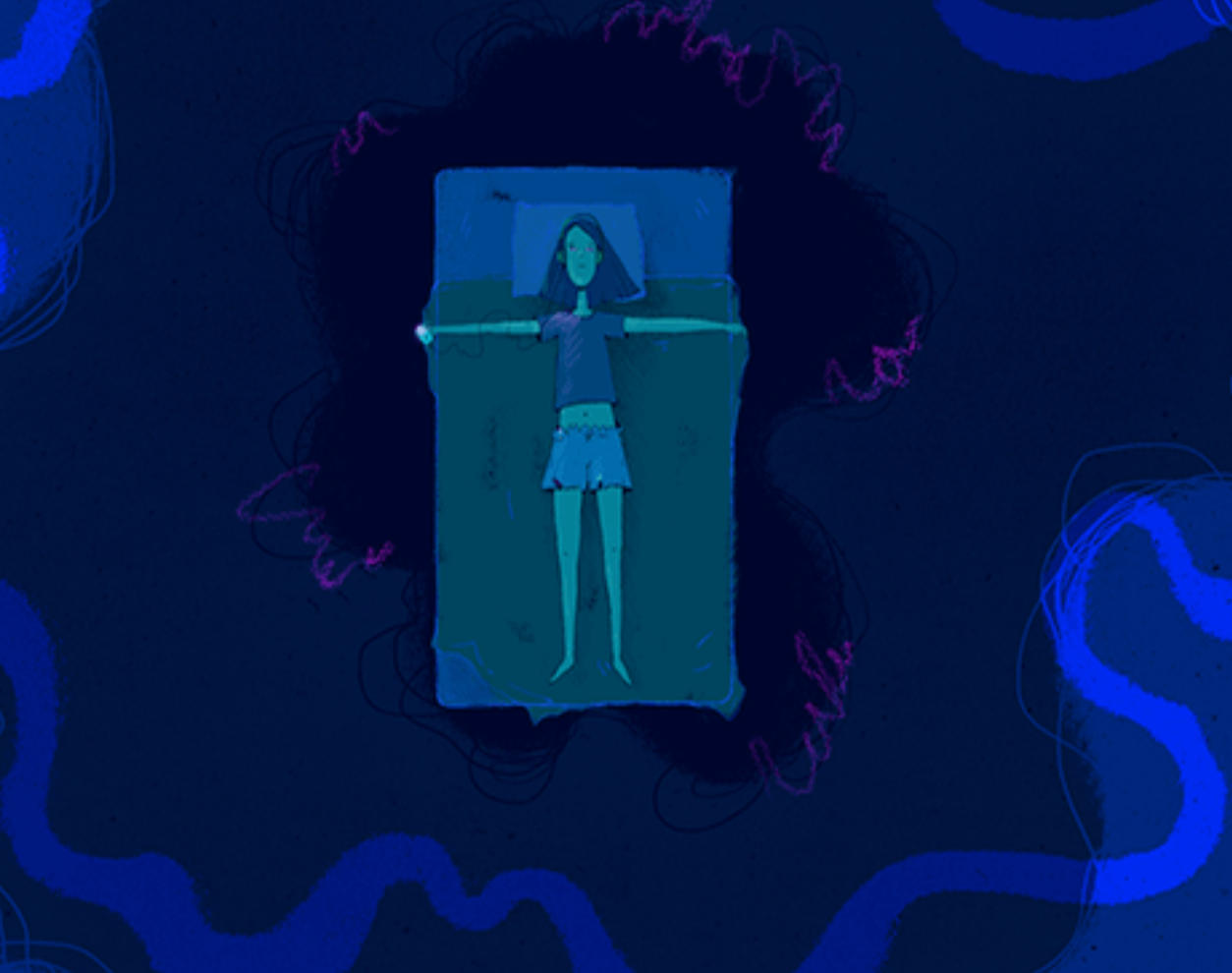 You lay in bed thinking, about your day ahead of you.

You have a meeting with your boss. ‘

You forgot to pick up milk since you ran out yesterday morning.

You learn the bus route is delayed 5­10 minutes.

On top of all this, you learn that you will have to meet the parents of your significant other tonight.

Oops, you are know stressed. You get up and wash your face. You begin to think to yourself, “I wish there was something to relieve this stress. Something natural, organic, toxic free.” CBD may be able to help you. We will be looking into how CBD can help manage and relieve your stress. Before taking about CBD, let’s define what stress is and how it can affect your daily life.

Stress is defined as a state of mental or emotional strain or tension resulting from adverse or very demanding circumstances (We will be using anxiety and stress interchangeably). We have all experienced some level of stress in our day to day lives. There are two different levels of stress “Good Stress” and “Bad Stress”. Good stress helps you reach deadlines, finish projects, etc. Bad stress can be deadly, almost literally.

Stress has been called “the silent killer” and can lead to heart disease, high blood pressure, chest pain, and an irregular heartbeat. Stress is linked to the six leading causes of death: heart disease,

CBD may be able to help you relieve yourself of “bad stress” or anxiety. Neurochemical research identifies the “Brain serotonin (5­HT) plays a major role in a number of physiological processes and pathological conditions. Serotonin neurotransmission is involved in the regulation of mood, impulse control, sleep, vigilance, eating, libido, and cognitive functions, such as memory and learning. In addition, serotonin is important in the modulation of anxiety and fear.” CBD chemical properties allow the supplement to regulate the 5­HT in a number of ways, including stress and anxiety.

A study published looking at the correlation of the use of CBD with anxiety/stress states, “We found that existing preclinical evidence strongly supports CBD as a treatment for generalized anxiety disorder, ….; however, few studies have investigated chronic CBD dosing. Likewise, evidence from human studies supports an anxiolytic role of CBD but is currently limited to acute dosing, also with few studies in clinical populations. Overall, current evidence indicates CBD has considerable potential as a treatment for multiple anxiety disorders, with the need for further study of chronic and therapeutic effects in relevant clinical populations.

Although these clinical studies suggest that CBD can relieve stress and anxiety, there has not been a definite answer by the scientific community, although many are very optimistic.

We may not also forget the thousands of individuals all claiming the same thing. That CBD has helped them with their stress and anxiety.

With the number of studies being done and individuals claiming CBD helps them, there is only a matter of time until it is widely known that CBD can help relieve your stress and anxiety. 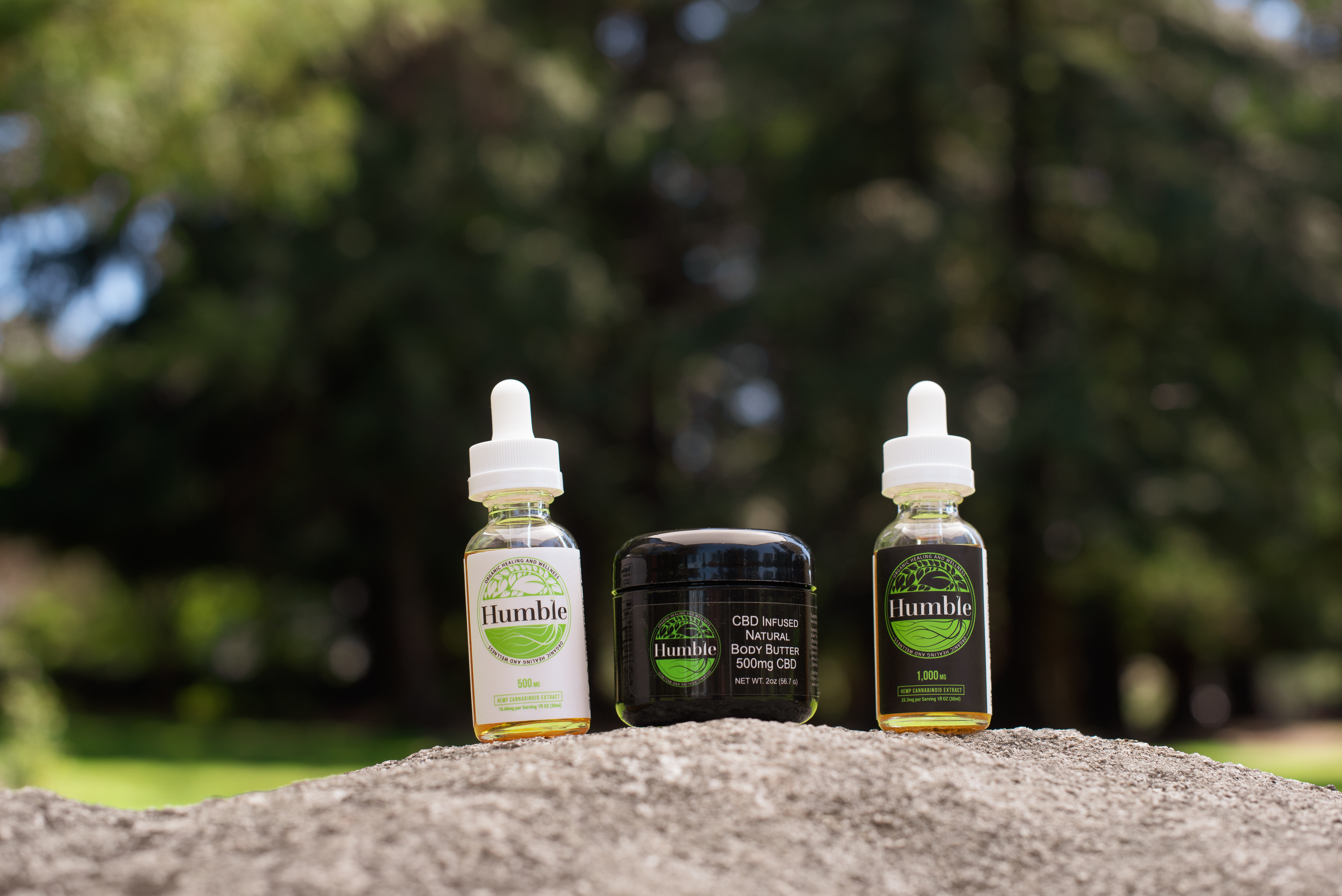 There is a lot of poor quality CBD on the market today due to a lack of regulation and heavily imported products.  Labeling is often inconsistent and unclear making it confusing.

We put together the four most important questions to ask when shopping for CBD oil and broke down how Humble Hemp Products compares.

Where is the hemp grown or sourced from?

Humble Hemp Products are made from CBD rich hemp stalk and flower grown on US soil under the Colorado sun.  Humble’s CBD oil is comprised of CO2 derived hemp extract mixed with fractionated coconut oil, MCT (medium-chain triglycerides).  It is pesticide, herbicide and solvent free.

Is the oil a full spectrum or isolate?

Humble’s CBD oil is a full spectrum (aka whole plant) food grade CO2 extract.  Our full spectrum oil is multi-use making our oil edible, a food ingredient, and topical or sensual.  Full Spectrum oils include all of the cannabinoids found in hemp. In a 2015 study, researchers proved full spectrum CBD to be more capable in offering greater levels of relief vs CBD isolate.  Humble CBD oil offers full plant based medicine vs isolate which offers only part.

What other ingredients are in the oil?

Cannabinoids are fat soluble and are most effective when consumed with fat.  Coconut oil contains saturated fat which helps the body absorb the cannabinoid.  Using MCT oils allows for a relatively rapid release of cannabinoids compared to other oils.  MCT oils are also directly metabolized into energy allowing your body to burn those fats and put the cannabinoids they hold to use right away.

Is it 3rd party tested?

At Humble Hemp Products, we believe transparency gives our customers peace of mind.  Know what you are buying and using through our 3rd party test results easily accessable through QR code on the back of each labeled bottle.

As people start to understand how CBD can be used to alleviate their symptoms, they are often faced with a choice between using products made from CBD Isolate or Full Spectrum CBD.

“So, what is the difference between CBD Isolate and Full Spectrum CBD?”

When CBD is referred to as full spectrum or whole plant CBD, it means that the CBD contains all other cannabinoids found in the marijuana plant including CBN (Cannabinol), CBG (Cannabigerol), and THCV (Tetrahydrocannabivarin), to name a few. And yes, along with these cannabinoids, Full Spectrum CBD also contains trace amounts of THC (Tetrahydrocannabinol), but in very low concentrations (up to .3%). CBD Isolate, on the other hand, is simply purified CBD that has been extracted from the hemp plant and isolated from the other cannabinoids.

So, which is more effective?

It was previously believed that CBD in its isolated form was more potent and concentrated than full spectrum CBD; however, in 2015, the theory was debunked by a study from the Lautenberg Center for General Tumor Immunology in Jerusalem.

Researchers administered full spectrum CBD and CBD isolate to two different groups of mice. When comparing the data of the two groups, the results proved that the group administered with full spectrum CBD were provided with higher levels of relief. Furthermore, the study demonstrated that full spectrum CBD continued to provide relief as the dose increased, while CBD Isolate did not provide the same effect when there was an increase in dosage.

While there is definitely a wider range of full spectrum CBD benefits than CBD isolate benefits, it does not discredit the effectiveness of CBD Isolate. 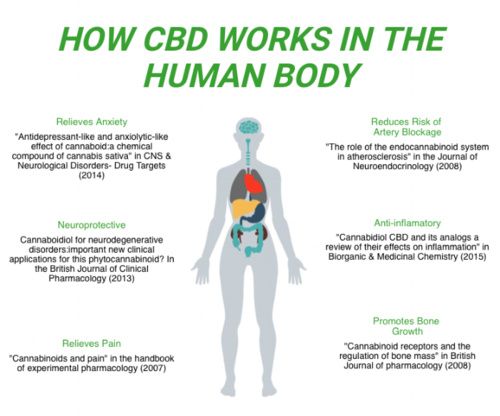 Cannabidiol (CBD) is a non-psychoactive compound in the cannabis plant that has generated significant interest among scientists and physicians in recent years. CBD naturally restores the body to cellular homeostasis through the human endocannabinoid system (ECS).

CBD is most famous for relieving pain, reducing inflammation, reducing sleep problems, and relieving anxiety. However, the list of medical conditions CBD can aid is endless. (Refer do image above)

It’s important to know that although THC and CBD are the most studied components of cannabis, there are many more chemical compounds found within the plant, such as cannabigerol (CBG), cannabichromene (CBC), cannabidivarin (CBDV), tetrahydrocannabivarin (THCV), terpenes, and flavonoids. While there is still much to learn about these other chemicals, researchers in Israel have discovered that full spectrum cannabis extracts that contain these other chemicals are more beneficial than isolated extracts that contain just CBD or THC.